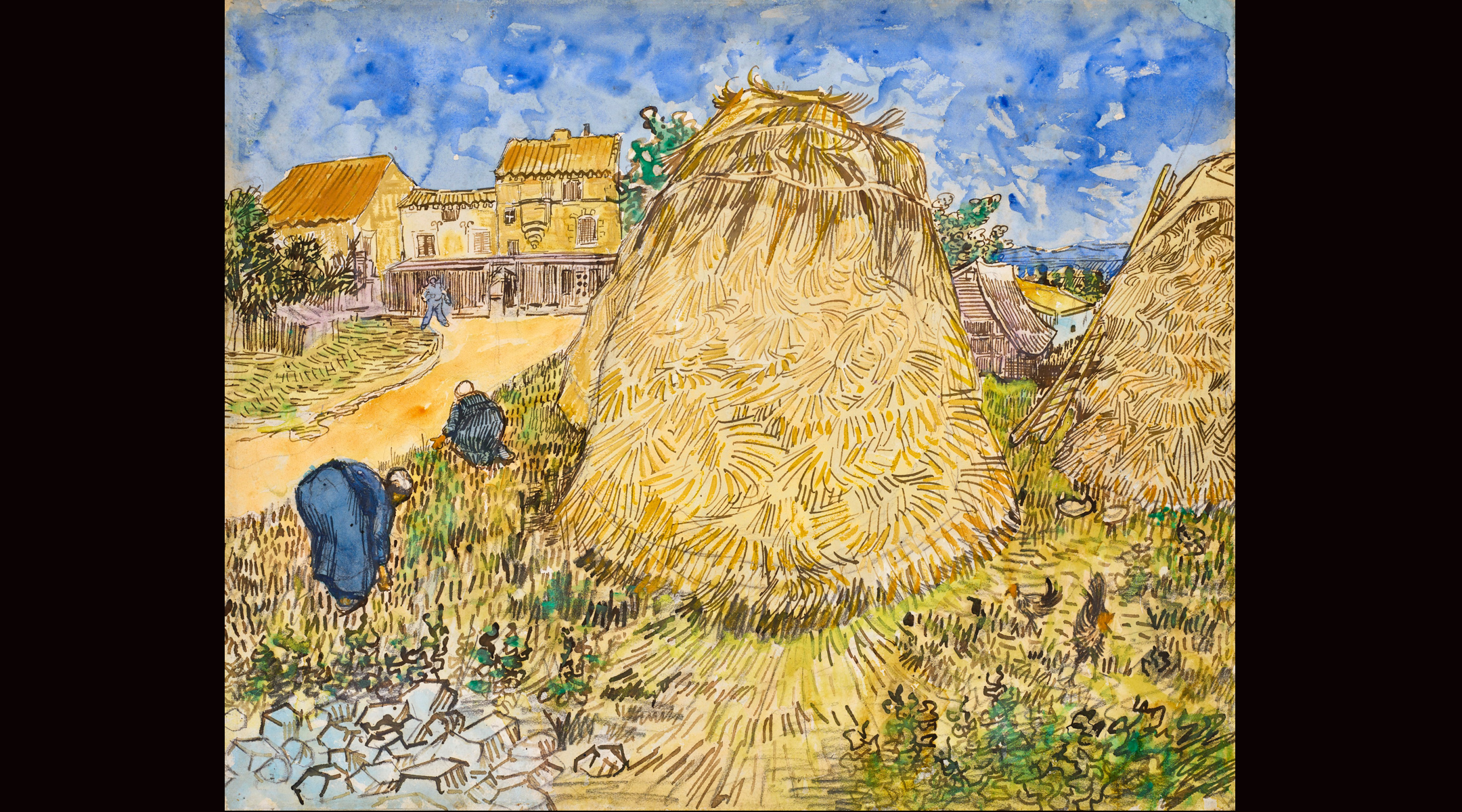 Van Gogh Painting Stolen from Rothschild by Nazis Sells for Over Than $35 million, Breaking Record

A watercolor painting by Vincent Van Gogh that was stolen by the Nazis from its Jewish owner during the Holocaust was sold at auction for $35,855,000 Thursday, breaking the record for the largest sum ever paid for a Van Gogh painting on paper at auction.

The painting, called “Meules de blé” in French of “Wheatstacks” in English, was completed by Van Gogh in 1888 and features a colorful wheat harvest scene.
It had been purchased by Max Meirowsky, a German Jewish art collector, in 1913. When Meirowsky left Germany for Amsterdam in the face of growing antisemitism in 1938, he left the painting with an art dealer who sold it to Alexandrine de Rothschild of the famed banking family. When Rothschild left Germany for Switzerland, her art collection was seized by the Nazis.
The painting’s whereabouts between the end of World War II and the 1970s are unknown, but in 1979, American businessman Ed Cox purchased the painting at a gallery in New York.

The proceeds from Thursday’s sale are set to be split between Cox’s estate and the descendants of Meirowsky and Rothschild, according to the terms of a negotiation facilitated by the Christie’s auction house.

“The settlement agreement resolves the dispute over ownership of the work and title will pass to the successful bidder,” Christie’s said in its listing of the painting.

Photo Caption: “Wheatstacks,” a Van Gogh watercolor stolen by the Nazis, was sold at auction by Christie’s in New York Thursday for $35.9 million. (Christie’s)