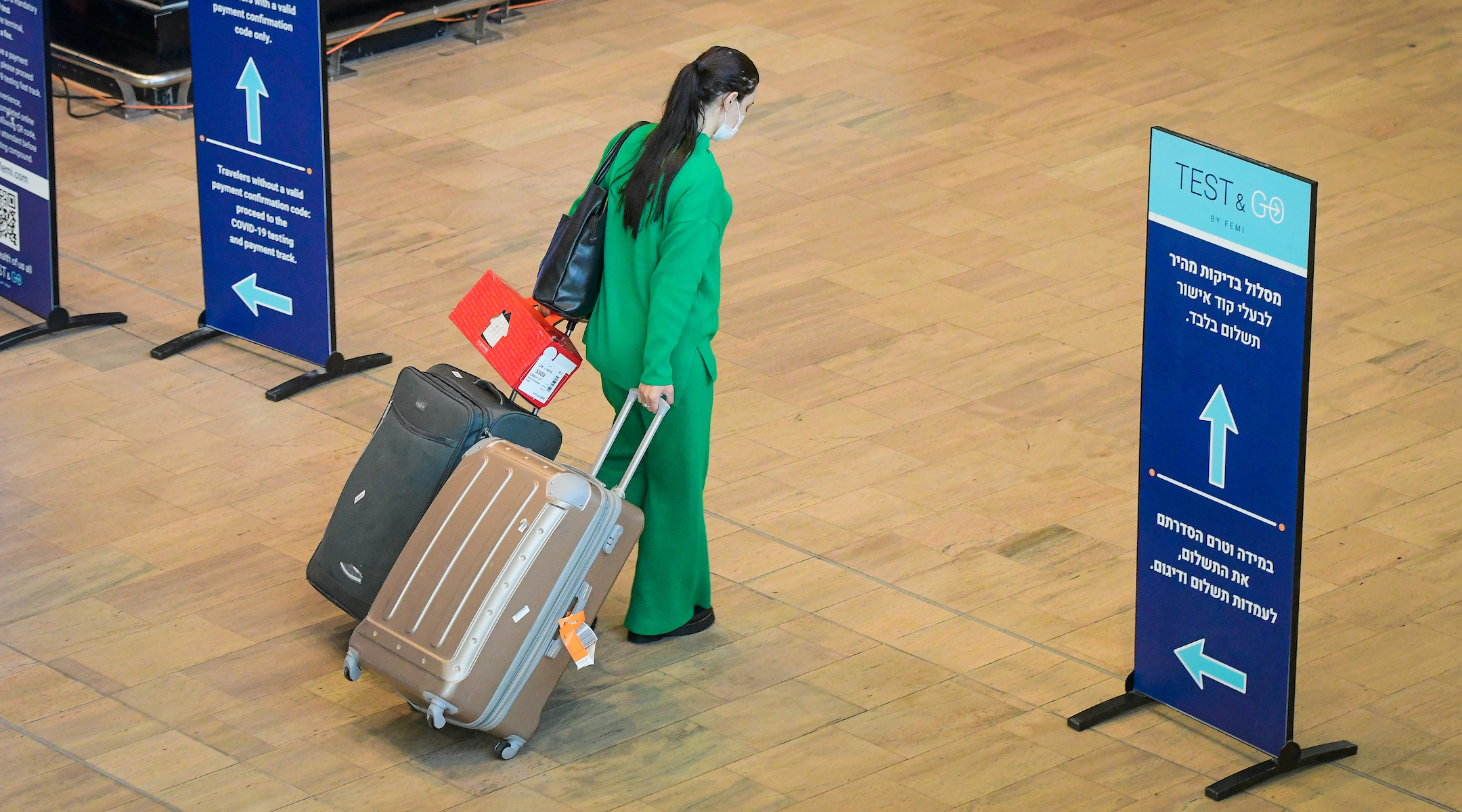 Israel’s Health Ministry has recommended barring Israelis from traveling to the United States due to the outbreak of the Omicron coronavirus variant there.

Over a dozen staff members of the Israeli Consulate in New York have tested positive, according to The Times of Israel. That number includes Asaf Zamir, Israel’s consul general in New York, who had recently attended the Israeli-American Council’s annual conference in Florida.
Nearly 150 members of Israel’s Knesset, or parliament, entered quarantine over the weekend after coming into contact with people who tested positive for the virus, according to The Times of Israel.

Foreign travelers have been barred from visiting Israel, with few exceptions, since a travel ban was imposed on Nov. 28.

In addition to adding the United States to the list of “red” countries to which Israelis are barred from traveling to, the Health Ministry also recommended banning travel to Canada, Portugal, Turkey, Germany, Hungary, Morocco and Belgium.