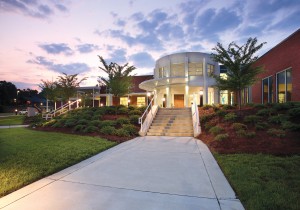 While confronting continuous operational challenges posed by the pandemic, the Foundation of Shalom Park (FSP) spent 2021 working on an issue of equal or perhaps greater long-term importance to the campus community, namely, establishing a common understanding and practice around principles of diversity, equity, and inclusion (DEI).

The catalyst for this important work was a 2021 Adaptation & Transformational Fund grant from the Jewish Federation of Greater Charlotte. A task group of staff members and lay leaders from various Shalom Park organizations was formed to take on the assignment, led by Foundation board member Adam Bernstein and facilitated by Executive Director Terri Beattie.
“Shalom Park is a remarkably complex and increasingly diverse place, with hundreds of Jewish and non-Jewish visitors, members, employees, vendors, and others interacting here weekly if not daily,” Bernstein said. “Given its oversight role, especially around risk management, FSP needed appropriate policy and systems in place to address DEI issues that could arise. We hoped the project also would inspire and aid other Park organizations in advancing their own DEI efforts.”

The task force began by creating a DEI policy for the Foundation, which could serve as a model for other organizations. As a complement to the policy, a value statement includes language that summed up the intent and importance of the project:
“Jewish text and tradition teach that all people are created B’Tzelem Elohim, in the image of God. As such, we strive to recognize and tend to that divine image in our encounters with each person. We are also commanded ‘v’ahavta l’reiacha kamocha — love your fellow human as yourself,’ from which we understand that it is up to each of us to care for each other … We recognize that in society at large and on our campus, barriers to success and well-being exist for people of color and those who have been disadvantaged. Our organization is committed to acting as a catalyst to remove these obstacles for the benefit of everyone who works at and visits Shalom Park.”

The foundation board approved the DEI value statement and policy in September. Several Shalom Park agencies are studying the policy to develop or augment their own. Beattie said DEI training for FSP staff will begin in early 2022.

Additionally, the DEI task force facilitated participation by several community members in Race Matters for Juvenile Justice, an intensive two-day workshop provided by the Racial Equity Institute.
The task force has now turned its attention to the next phases of its work: communications to raise awareness and education. It retained Darryl L. White Sr., assistant dean of Diversity, Inclusion & Community Engagement at Queens University of Charlotte, to survey Shalom Park organizations about their own DEI awareness and efforts. The task force will use White’s findings to identify areas of interest and need in order to design ongoing education and training for lay leaders and employees of Shalom Park organizations. Jewish Federation of Greater Charlotte recently approved a second year of Adaptation & Transformation Fund support for the task force’s work.

“This is a dedicated and passionate task team that has done excellent work to date,” Bernstein said. “In 2022, we hope to take great strides toward achieving the goal of a sustainable DEI framework of policy and action that honors Judaic teachings and the principles on which Shalom Park was created.”

The Foundation of Shalom Park is a 501(c)(3) nonprofit agency that owns and manages the properties and facilities for most of the organizations that are located on the central campus of Shalom Park.