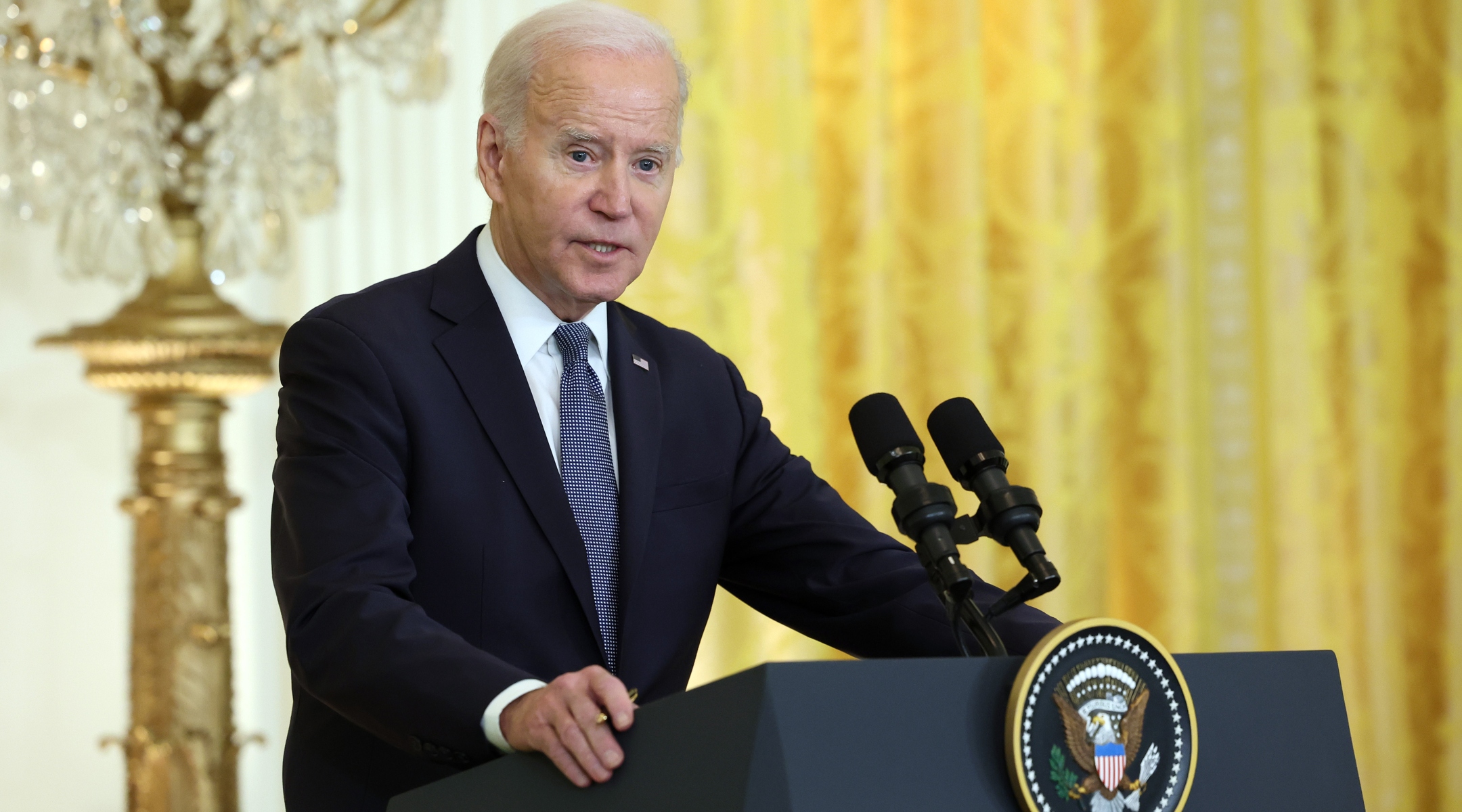 ‘Silence Is Complicity’: Biden Calls on Political Leaders to Denounce Antisemitism, Not Platform It

WASHINGTON (JTA) December 2, 2022 — President Joe Biden, reacting after the latest station in Kanye West’s dolorous journey, explained that Hitler was bad and the Holocaust was real and chided politicians like his predecessor Donald Trump who give the rapper’s antisemitism oxygen.

“I just want to make a few things clear: The Holocaust happened. Hitler was a demonic figure,” Biden said Friday on Twitter. “And instead of giving it a platform, our political leaders should be calling out and rejecting antisemitism wherever it hides. Silence is complicity.”

Biden’s statement did not call out anyone by name. But the most immediate reference Biden was making was to a three-hour appearance this week by West, also known as Ye, on Infowars, the streaming show hosted by conspiracy theorist Alex Jones, in which he repeatedly praised Adolf Hitler, said he loved Nazis and denied that the Holocaust happened as it did.

Biden also appeared to be referring to Trump, who last week had West over for dinner, along with Nick Fuentes, a prominent antisemite and Holocaust denier. Biden has denounced antisemitism and Trump’s proximity to it since the first speech of his presidential campaign.

By saying “silence is complicity,” Biden may have been referring to those who have not condemned Trump for hosting West, or who would not directly criticize Trump. That number dwindled as the week went on and almost all top Republicans denounced the dinner, though some with sharper criticism of Trump than others.