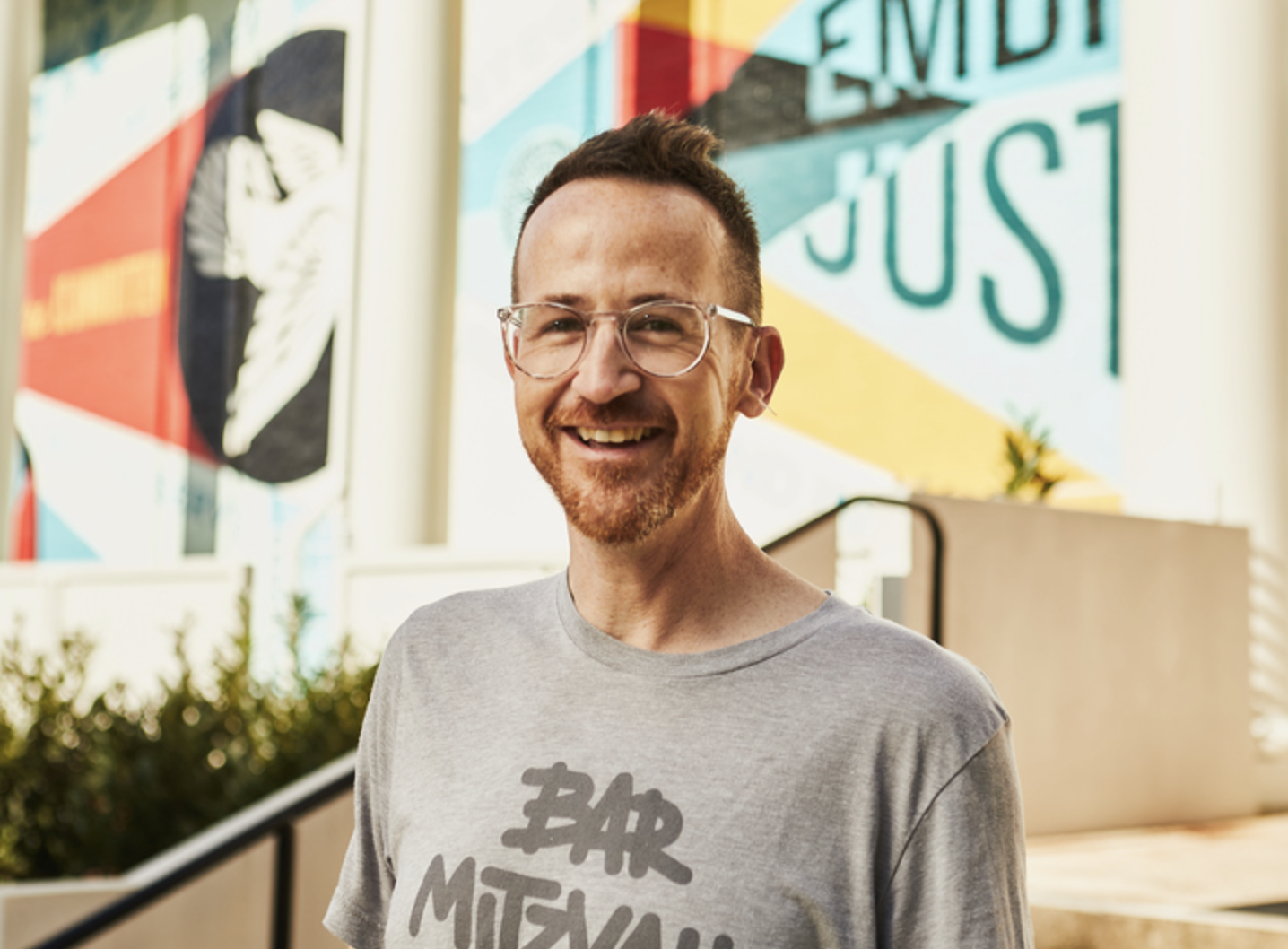 Charlotte Jewish artist and Queens University professor, Mike Wirth, has been selected to present his artwork and ideas on Jewish Futurism at the 8th biennial annual Conney Conference on Jewish Arts, part of the Conney Project on Jewish Arts now in its 17th year. The national conference will take place in Madison, Wisconsin, from March 27 to 30. Mike will be presenting alongside nationally recognized Jewish creatives, curators, and academics.

The Conney Conference on Jewish Arts will address themes of interdisciplinarity, diversity, and intersectionality in the changing landscape of the Jewish Arts. In a moment in which we are experiencing a generational shift among Jewish-identifying artists to a more inclusive and polyvocal, fluid understanding of Jewish identity, the politics of Jewishness are foregrounded in astounding new ways. From graphic novels to digital art and highly charged dance and performance, to theater, music, and literature, we see both a return to ritual and a search for new narratives of the contemporary Jewish experience. The 8th iteration of the Conney Conference on Jewish Arts will focus on the remarkable evolution of the field as it has expanded into the future while acknowledging its own histories. (Division of the Arts at the University of Wisconsin-Madison website: https://artsdivision.wisc.edu)

Mike Wirth is a visual artist, illustrator, and graphic designer, best known for his thoughtful murals and large public art installations that focus on major social justice issues and his identity as a Southern Jewish-American. Wirth is an avid educator, serving as an associate professor of art and design at Queens University, where he collaborates closely with the Greenspon Center for Holocaust and Social Justice Education and the campus chapter of Hillel. He is a founding member and board mentor for the Talking Walls Festival, Charlotte’s first annual, citywide mural and public art festival. Recently, Wirth was one of 10 artists-in-residence selected for Charlotte’s wildly successful Immersive Van Gogh Exhibition. Over the past 20 years, Wirth’s murals, published works, and digital museum exhibits have appeared in New York, Miami, Charlotte, North Carolina, and internationally in Croatia, Poland, and Germany.

Jewish Futurism
An evolving philosophy and conceptual framework for effecting long-term change in the present day from a Jewish lens on legacy and ancestry. Judaism is an inherently future-thinking culture. From the call to Moses to lead the next generation to the Land of Israel without him, to the words of the Shema, or exclaiming, “Next year in Jerusalem,” Jewish people demonstrate acts destined for a time to come. Jewish Futurism is an empathy-based movement by shifting the current general futurist lens of technology evolution into one based more on spiritual evolution. Jewish Futurists are not oracles or soothsayers; instead, they advocate for self-determination through the process of the positioning of oneself to build legacy and ancestry. Asking the critical question, what kind of ancestor do you want to be for future descendants and what steps will you take today to make that desired future occur?

Wirth makes artwork that he connects to the philosophies in Jewish Futurism. A visual space where he creates glimpses of a Jewish reality set far into the future. He is inspired by futurist art movements present in other cultures, especially Afrofuturism and Octavia Butler. “Seeing Marvel’s Wakanda (Black Panther) on the silver screen was an incredible moment in Afro futurism and resonated with my feelings about the Jewish homeland. A valuable lesson,” Wirth said, “in explicit cultural representation.
He began making this artwork during the beginning of the pandemic when many of us were able to closely assess our use of their time. “As the pandemic started, I could clearly see that I was stuck on the proverbial treadmill and was feeling the heavy burden of short-term thinking. I felt like escaping and decided to illustrate a self-portrait of a future me in a far-off place in the universe with the question, what will it mean to be Jewish 3,000 years into the future? Perhaps, a spiritual evolution where we update our spiritual software? I had to create this reality, and my art is the best sketchpad.”

The art beams us into a fantastical neon-lite future using digital painting tools and explicit Jewish storytelling. A cosmic visual blend of retro-futuristic aesthetics, illustrative self-portraiture, and mysterious deep-blue landscapes. In this world, Wirth explores a far-off Jewish future narrative in which spirituality and technology have few boundaries.

Set 3,000 years from now, human existence on Earth has grown out to the edges of the universe and the tiny sparks from creation that The Ari (Isaac Luria) wrote about in the Sefir Zohar are almost all completely found. The protagonist has a title of “a Wanderer,” a future being whose prophetic mission is to sift the universe in search of the remaining scattered sparks from the inception of the universe.

Without fully knowing the ultimate outcome of his mission, the Wanderer diligently uses special holographic objects that act as high-tech spiritual tools. Objects like hamsas, pomegranates, and Tallis provide the Wanderer with an interface to command inter-dimensional travel, communication, and other spiritual/empathetic tracking technologies. In this epic journey, questions about the origin of his lost ancestors on Earth and the fate of the universe after the final sparks are all recovered follow the Wanderer across the universe and across his own soul.

At the conference in March, Wirth will show his work and lead conference goers in a futurist thinking exercise that begins the intergenerational conversation to craft our legacy for future descendants. Local residents can see Wirth’s notable murals at Dilworth Artisan station in South End, Industrious in NoDa, and Peculiar Rabbit in Plaza-Midwood. His Jewish futurism work is on display at the Dream Differed exhibition at Winthrop University gallery until mid-April. For more art by Mike Wirth, see mikewirthart.com.