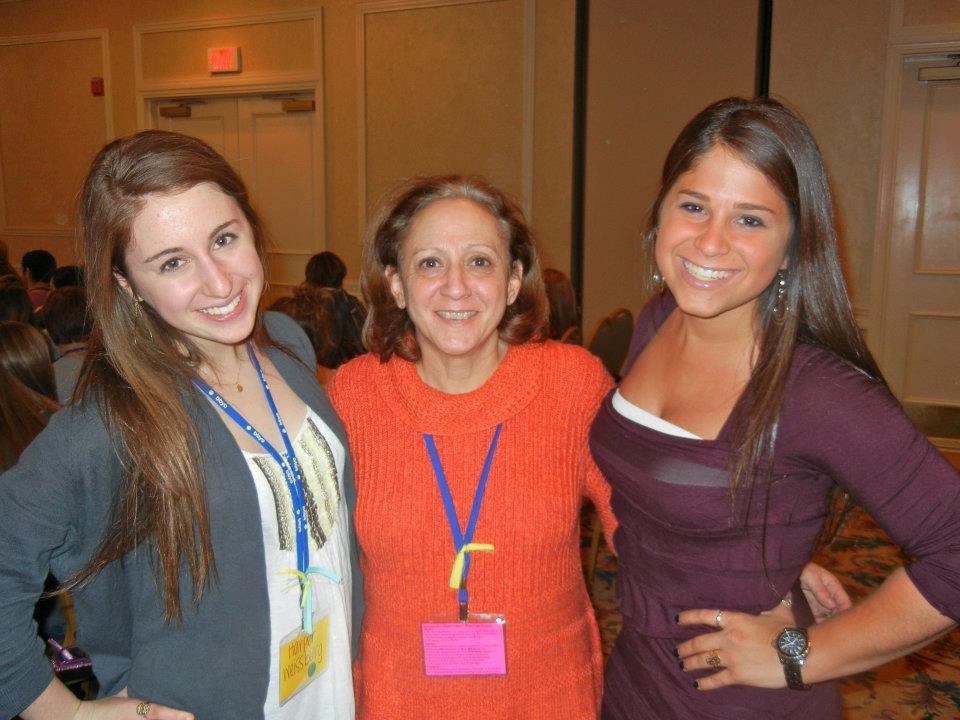 You don’t have to look for long at the young leaders in our community’s Jewish organizations before you find one who got their inspiration and their start in their “BBYO career,” as many BBYO alumni call it, from Ellen Goldstein, BBYO’s area director. After having a profound influence on the lives of literally thousands of Jewish teens over the past 24 years, Ellen retired from BBYO in July.

BBYO is the leading pluralistic Jewish teen movement, involving Jewish teens of all backgrounds, denominational affiliation, gender, race, sexual orientation, or socioeconomic status in meaningful Jewish experiences. With a network of hundreds of chapters across North America in 60 countries around the world, BBYO reaches nearly 70,000 teens annually and serves as the Jewish community’s largest platform for delivering fun, meaningful, and affordable experiences that inspire a lasting connection to the Jewish people.
Ellen started her BBYO career in 1998, while serving as a board member for the Levine Jewish Community Center working with the teen committee. She began part-time as the Charlotte city director. She next served as the North Carolina Council director, followed by her role as the Eastern Region director, consisting of three councils: Virginia, North Carolina, and Southeast, with more than 800 Jewish teen participants.

Since 2014, Ellen has served as the BBYO area director for Eastern Region (Virginia, North Carolina, South Carolina, Southern GA), Northern Region East (DC, Maryland, and Northern Virginia), and Connecticut Valley Region. Over her tenure, Ellen has not only helped teens develop leadership skills that they have used to forge their path in life, but she has guided young professionals to grow and be successful within the organization. Two of these regions are currently led by Eastern alumnae that Ellen worked with as teens.

Ellen is proud of the Jewish leaders that BBYO creates. Many alumni become leaders in local temples, Jewish Federation of Greater Charlotte, Levine Jewish Community Center, and Jewish Family Services, among others. “BBYO plants the seed for the importance of giving back to your community,” Ellen says. Of the work she does, Ellen says that the community that BBYO creates is the most rewarding. “So many teens say BBYO is their home.” She adds, “The beauty of BBYO is that we have teens that come from all Jewish backgrounds. There’s no expectation. You don’t have to belong to a temple. You don’t have to have had a bar/bat mitzvah. We let teens ‘do Jewish’ for themselves. They get to explore what Judaism means for them.” Elaine Denenberg, eastern region administrative assistant for 17 years, who also retired in July adds, “This is especially important as more families remain unaffiliated with a temple or in smaller communities with fewer Jewish teens.”

In addition to her role as area director, Ellen has touched the lives of teens from around the world serving as site director for Chapter Leadership Training Conference (CLTC), BBYO’s premiere summer leadership program, since the summer of 2005. “Working at CLTC so many summers, has given me the opportunity to work with fantastic colleagues and staff, wonderful teens and their parents, and participate in the best part of a BBYO summer program, experiencing Shabbat at camp.”

Elaine expressed her admiration when describing Ellen’s impact on teens and the community. “A long time ago when I started working for BBYO, the Charlotte Jewish community was honoring Women of Strength. The nominations were due within days of my first day working with Ellen. I cannot remember if that first day followed North Carolina or Virginia’s spring convention, but when Ellen described the amount of work that running a convention required, I thought it sounded absolutely exhausting and wondered how she did it — maybe I should nominate her as one of those Women of Strength. At the time I was not sure I would have enough information for the application and did not submit a nomination on her behalf. After 17 years of working together, I could fill pages about her strength, her leadership, and her compassion. As she retires from full-time work with BBYO and moves on to special projects, I will miss working with her and I am truly grateful for the years we worked together at BBYO. We are grateful for all Ellen has done to raise the next generation of Jewish leaders. She is truly a ‘Woman of Strength,’ and so much more!”