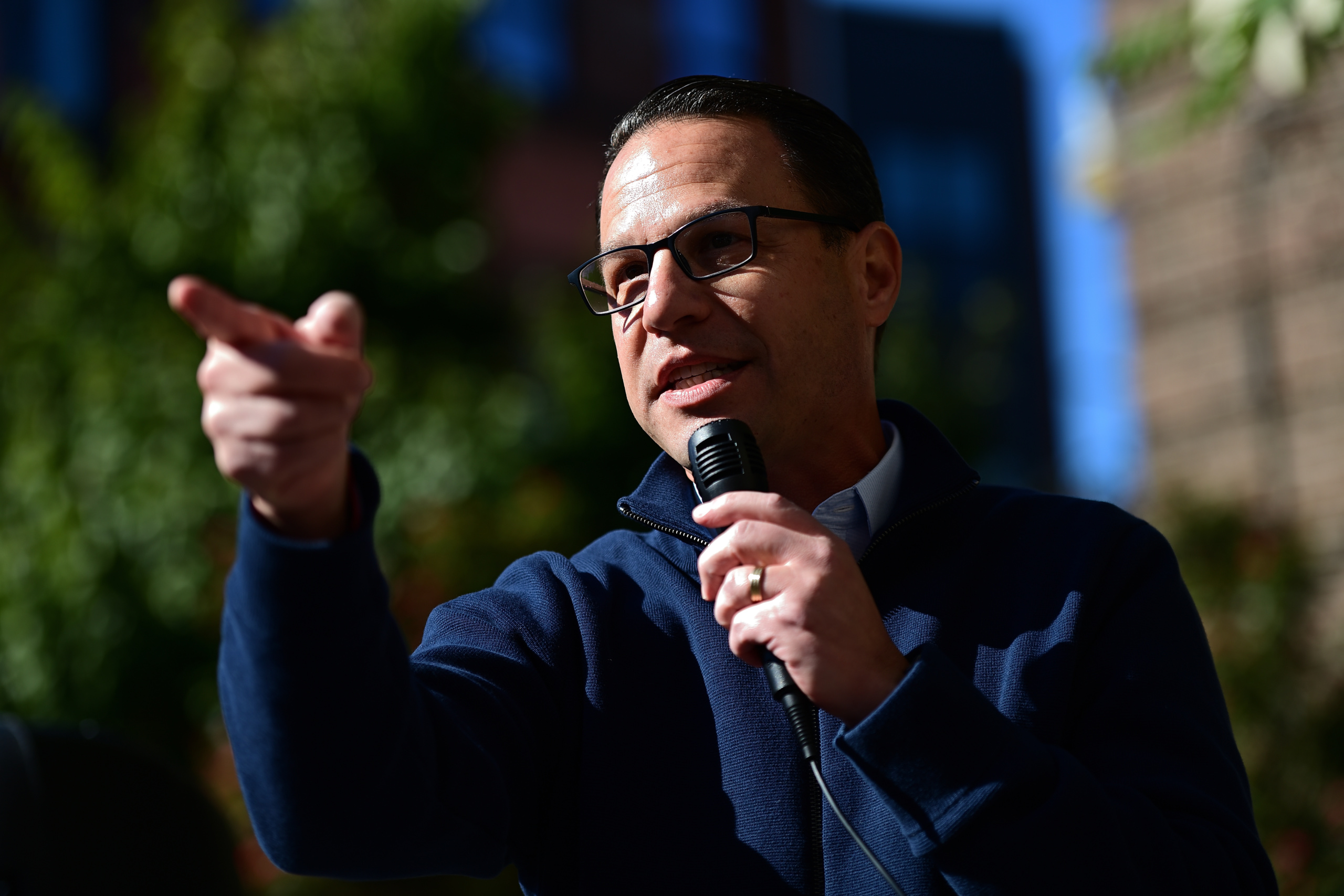 November 9, 2022 (JTA) — Josh Shapiro, a Democrat who openly embraced his Jewish faith on the campaign trail and called his opponent out for his connections to antisemitic supporters, has won the state’s race for governor against the far-right Republican candidate Doug Mastriano.

Shapiro, who is currently the state’s attorney general, launched his campaign with ads that referenced his Shabbat observance and sends his children to Jewish day school. His decisive win makes him one of the most influential Jewish politicians in the United States.

The race was closely watched largely because of Mastriano, one of the most extreme Republicans running for any statewide race in the midterms who counted both former president Donald Trump and Christian nationalists among his backers. The state senator advertised on the social network Gab, a haven for far-right extremists, including the perpetrator of the Pittsburgh Tree of Life synagogue shooting, and later accepted a campaign donation from the site’s openly antisemitic founder Andrew Torba even as he said he “rejects antisemitism in any form.” Mastriano’s Gab ties earned him a rare intra-party rebuke from the Republican Jewish Coalition.

Mastriano’s decisive loss — Shapiro had more than 55% of the vote early Wednesday, with more than 90% of ballots counted — represents a setback for the right-wing of the Republican party.

Beyond its Gab ties, Mastriano’s campaign amassed several other Jewish-themed controversial moments. He attacked the Jewish day school that Shapiro sends his children to, calling it “elite” without specifying it was Jewish; one of his advisers called Shapiro “at best a secular Jew”; and his wife told an Israeli reporter they “probably” love Israel “more than a lot of Jews do.” Prior to his running for governor, Mastriano also funded and acted in a Holocaust movie meant to advance conservative ideas about gun control and abortion.

His campaign continued to turn heads in its closing hours, when his final stop ended with a Messianic Jew serenading him with a parody of a “Fiddler On The Roof” song.

This story has been corrected to remove inaccurate information about Pennsylvania’s history of Jewish governors.